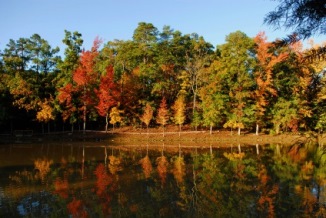 The Foliage Network allows you to look up weekly reports for the northeast or other areas of the country. They provide weekly maps like the one below that visually depict peak foliage by state, as well as a “leaf drop” map. As we head into Columbus Day weekend, their recent report looks promising: “Throughout the Northeast, fall color ranges from moderate (31% – 60% change) to peak, with some of the highest elevations in northern portions of New York, New Hampshire and Maine now just past peak.”

Yankee Magazine offers many resources for enjoying the fall foliage season in New England – in fact, they have a dedicated site, Yankee Foliage, which offers a live foliage map and an extensive selection of suggested foliage drives.

We also like some of their other “best of” suggestions for the fall:

If you head out for a drive this weekend, be aware that roads will be crowded and after the rains, they may be wet or slippery with fallen leaves. And the Insurance Information Institute reminds us that fall is peak season for deer and auto collisions. “Deer migration and mating season generally runs from October through December, and causes a dramatic spike in the movement of deer population. As a result, more deer-vehicle collisions occur in this period than at any other time of year.” Plus, in northern New England, you need to be on the lookout for moose.