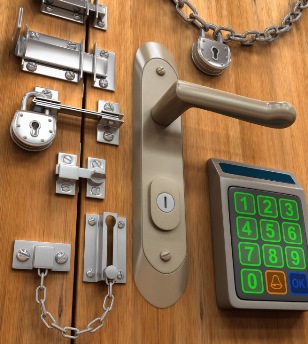 In response to a spate of home burglaries in Kansas City last year Mitch Weber, a reporter with NBC-affiliate 41 Action News, talked to police and sent questionnaires to prisoners who were serving time for burglary. He revealed burglar secrets as well as how homeowners can protect themselves from getting robbed.

Here are a few surprises. Most burglars said dogs in the home were rarely a deterrent. Some burglars simply fed or befriended the dogs. If you do have a dog, they are better in the yard and barking than in the home, where many are friendly or timid. Security systems and signs for security systems rarely stopped burglars either – systems were often not turned on or easy to disable. Plus, some burglars noted that police response time is rarely under 15 minutes, and most burglars could be in and out in that time.

What did stop burglars? Here are some surprisingly low tech, low cost things they suggested:

The power of a human presence was cited by almost everyone interviewed. Some burglars would case a house to wait for occupants to leave. One burglar suggested that when someone is about to lock up the house to go off to work, “turn around and act like they are talking to someone in the house before the lock up.”

What mistakes did people make?

Most burglars said they started in the master bedroom and also cased living rooms and kitchen counters. See our prior post about creative ways people try to hide valuables.

Some of these tips are no or low cost. It’s also important to have the right homeowners insurance to cover any potential losses. if you have any prized or valuable collections, make sure you tell your agent and talk over a rider to your homeowners policy to ensure they are covered should your security measures fail.