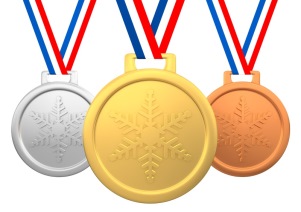 The Sochi Olympics got off to a bit of a rocky start — and before any medals had been awarded, reports noted that insurance giants were all ready winning big at the Winter Games.This behind the scenes look at insuring the 2012 Olympics from Insurance Journal is pretty interesting.

But despite the initial bumps, who doesn’t love following the fabulous athletes? If you’ve got the Olympic bug, here are some obvious and not-so-obvious ways to follow along on your various media and favorite tech devices.

Schedule of Events and more – Right from the source

Photos of the opening ceremony – From Boston.com’s Big Picture

And here are a few fun features:

2014 Olympic Uniforms from Around the World

Sochi Olympics Trivia You Can Show Off