More and more bikers are taking to the roads. That’s good for many reasons: it’s an an environment-friendly transportation option, it’s economical and it offers health and cardio benefits to the rider.

There’s a flip side of the coin, though. According to a new report from the Governors’ Highway Safety Association, Spotlight on Highway Safety: Bicyclist Safety. The report notes that, “… yearly bicyclist deaths increased 16 percent between 2010 and 2012, while overall motor vehicle fatalities increased just one percent during the same time period.” 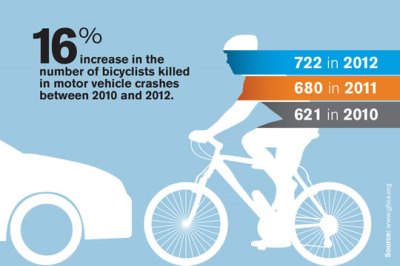 The report also notes that some groups are at higher risk. 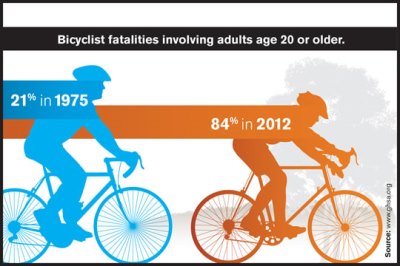 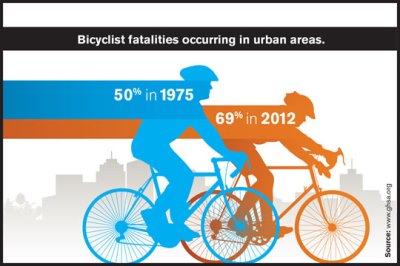 In looking at prevention, these rather shocking stats from 2012 are significant: 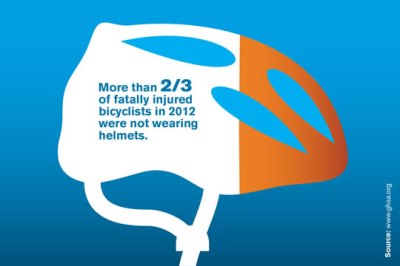 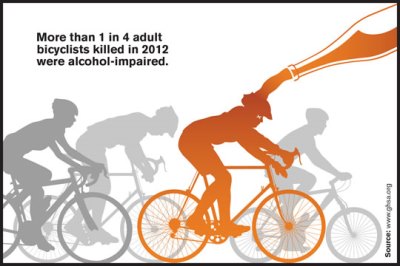 Resources / Prior Posts
For National Bike Month, here’s the scoop on insurance

Protecting your bicycle from bike thieves