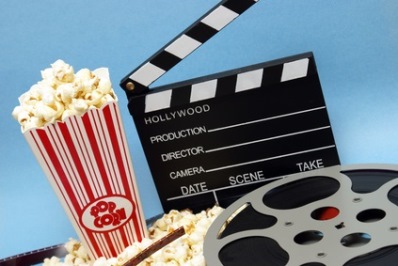 When the Academy Awards take place this weekend, it’s unlikely that any of the winning actors or producers will be thanking their insurers from the podium – yet insurance is a vital behind-the-scenes component in the business of making successful films. It’s one of the key factors in ensuring that “the show must go on.”

“The majority of claims come from cast or crew non-appearance, according to Elliot. The financial cost of losing a lead actor or director can be enormous. Elliot cites the case of a film production in Europe where the director suffered an illness during the production and post-production phases resulting in an insurance claim of around $2.3m.”

At Fireman’s Fund Insurance 150-year mark, Richard Verrier of the Los Angeles Times looked at the insurer’s century of work in the film industry, and how the company helped keep the cameras rolling.

“Fireman’s Fund covers about 80% to 85% of the $200 million or more in policies Hollywood spends each year to insure movies and TV shows. Premiums range from 1% to 4% of a movie’s budget, meaning that a $200-million movie may spend at least $2 million on insurance coverage.”

“When Audrey Hepburn fell from a horse while making “The Unforgiven,” her resulting back injury delayed filming of the 1960 John Houston movie. Fireman’s Fund paid more than $240,000 to cover the losses.

“Spartacus” was more costly for the insurer, which paid $245,000 for delays caused by an emergency operation for actress Jean Simmons, $53,000 for star Kirk Douglas’ viral infection and $335,000 for co-star Tony Curtis’ severed Achilles tendon.

But its most expensive claim was for “Wagons East.” Fireman’s Fund paid about $15 million when star John Candy died in 1994 during production in Durango, Mexico.

The insurer paid a $7-million claim after Patrick Swayze fell off a horse and broke his legs during filming of the 1998 crime movie “Letters From a Killer,” Diaz said.”

Enjoy the Academy Awards this weekend. Insurance nerds who miss the recognition of the behind-the-scenes role their industry plays might enjoy some of these insurance related films: