Ever wonder about how Halloween first started? This interesting video guide gives you a historical look at how the holiday evolved. It’s a fun overview from FastCompany’s Brand Evolution series.

Pop Quiz: What’s the scariest place to be on Halloween?

If that is not scary enough, please note that the Property Casualty Insurers Association of America says that Halloween sparks more vandalism claims than any other day of the year: “The average cost per claim on Halloween was $1,660, which is approximately 9 percent higher than the annual daily average cost per claim.” Vandalism isn’t the only seasonal peril – here’s a witches’ brew of liability issues for homeowners.

Here’s a roundup of some other handy links to help ensure that you have a safe and fun weekend:

Oh! And don’t forget to get your zombie insurance! 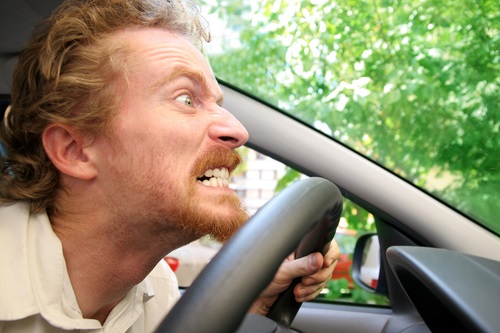 Last week, another person was killed in a road rage incident in New Mexico, shot in cold blood. This sad event is notable mainly because the victim was a sweet, innocent four-year old child. According to safemotorist.com statistics, at least 218 people have been murdered in road rage incidents over the last 7 years; another 12 thousand plus have suffered injuries. Two-thirds of traffic fatalities are caused by aggressive driving.

Aggression is often matched by aggression, resulting in escalating tensions: Half of drivers who are on the receiving end of an aggressive behavior, such as horn honking, a rude gesture, or tailgating admit to responding with aggressive behavior themselves. Think twice next time you are tempted to retaliate or escalate because 37% of aggressive driving incidents involve a firearm.

Jayleen R. Heft of PropertyCasualty360.com talks about these and other stats in her article, Scary drivers! What you need to know about road rage. In the article, she draws the distinction between aggressive driving and road rage – although the lines often blur:

On the other hand, road rage is generally defined as “an assault with a motor vehicle or other dangerous weapon by a vehicle’s operators or passenger(s) upon another person, when the assault was precipitated by an incident, which occurred on a roadway. Road rage requires willful and wanton disregard for the safety of others.”

If you have a road rage incident on your record, it is “a serious red flag” that will, at minimum, result in higher insurance rates. Not only will it be more difficult and more expensive to obtain coverage, if you have any accidents that result from your road rage, you may have difficulty with any associated claims because road rage is often listed as an exclusion in many auto policies.

Heft’s article offers a laundry list of driving behaviors that would be considered aggressive, such as tailgating, making hand gestures at other drivers, using emergency lanes or shoulders to pass, and unnecessary use of high beams.

Protecting yourself from road rage incidents

Driving experts say that it in addition to safe, courteous driving, it is very important not to escalate a situation or to retaliate in any way. You have no idea who the other driver is, whether they have a weapon, and how far they will take a situation. You can’t control them or their behavior — but you can control your own temper and your own behavior. For some, it may take practice. Heft’s article offers some excellent tips to help you avoid road rage encounters. We’re reprinting an abbreviated version here:

Your car is not a therapist. Many of us love and identify with our cars (part of why Edmunds.com launched CarSpace), but sometimes you can take the “car as extension of self” idea too seriously. If your boss or your spouse left you steaming, take care not to use driving as a way to blow off steam. Competitive types (you know who you are) shouldn’t try to prove themselves on heavily traveled thoroughfares — save that enthusiasm for weekend romps on your favorite back roads. No matter how much power you’ve got under the hood, your vehicle is first and foremost a mode of transportation, not a weapon.

Practice kindness. Dr. Leon James, a.k.a. “Dr. Driving” and author of Road Rage and Aggressive Driving, says that remembering simple courtesies, like allowing someone to merge or apologizing when we make a mistake, can go a long way in making the driving experience positive for ourselves and others. His basic motto is the old “do unto others” rule: Treat fellow drivers how you would like to be treated. As additional incentive, reducing your aggressiveness on the road can also keep you out of serious trouble: Several states have created special law enforcement teams to seek out and cite aggressive drivers. Depending on the frequency of offenses, violators may be fined, lose their license temporarily or even face jail time. Often, they are required to take a behavior-modification class as well.

Adjust your attitude – – The most important actions you can take to avoid aggressive driving take place inside your head. By changing your approach to driving, you can make every trip more pleasant. Try these ideas for a pleasant change:

Forget winning. For too many motorists, driving becomes a contest. Do you allow the shortest possible time for a trip and then race the clock? If something happens to slow you
down do you get angry? The solution: Allow more time for your trip. You’ll be amazed at how much more relaxed you feel when you have a few extra minutes. So instead of trying to “make good time,” try to “make time good.” Listen to soothing music or a book on tape. Practice relaxation techniques, such as deep breathing. You’ll arrive much calmer, fresher, and in a less stressed-out frame of mind.
Put yourself in the other driver’s shoes. Instead of judging the other driver, try to imagine why he or she is driving that way. Someone speeding and constantly changing lanes may be a volunteer fireman, or a physician rushing to a hospital. Someone who jerks from one lane to another may have a bee in the car or a crying baby. Whatever their reason, it has nothing to do with you. Stay cool and don’t take other drivers’ actions personally. 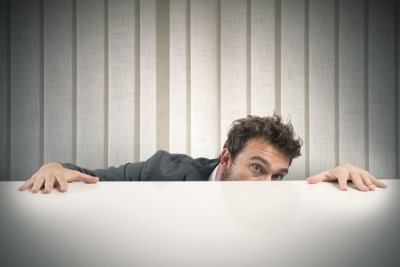 We’re in the spooky season, so it’s a perfect time to deal with the stuff that scares us. And just in time, we have a survey about America’s Top Fears, 2015 style.

In its second year of surveys on the topic of fears, Chapman University researchers conducted a random sampling of more than 1,500 U.S. adults last spring and have recently published the results. Participants were asked what frightened them on a variety of topics ranging from crime, the government, disasters, personal anxieties, technology and many others. The research team leading this effort pared the information down into four basic categories: personal fears, natural disasters, paranormal fears and drivers of fear behavior.

You can read about all the fears and see infographics. We’ve included a list of the 10 fears with the highest percentage of Americans who reported being “Afraid,” or “Very Afraid.”

Now as you read the above list and the much more extensive list in the link, contrast it with this: the 10 leading causes of death in the U.S.

Some of our fears are real and some are outsized based on the actual odds. Auto accidents weren’t on the list, but they caused more than 30,000 deaths last year. The insurance business is about risk and odds. Our fears are often out of step with reality – what we fear the most is frequently less risky than other common every day occurrences. See our post about What’s actually dangerous

Some other related posts that may be interesting include:
Life expectancy and your chances of reaching 100

What are the odds? Mortality calculators

Hedge your bets: Talk to your local agent about Life Insurance! 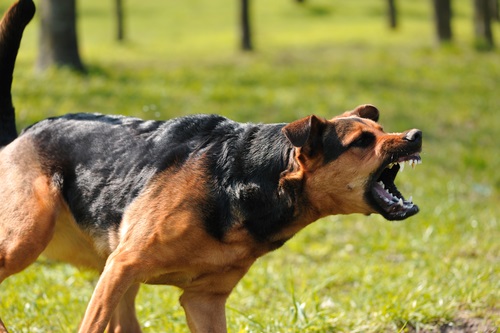 People love their pets so discussions of dangerous dogs can be a controversial topic — but when it comes to insurance, it’s a costly issue. In 2014, dog bites and other dog-related injuries accounted for more than one-third of all homeowners insurance liability claim dollars paid out – a total of more than $530 million, according to the Insurance Information Institute. The number of dog bite claims are going down – they dropped by 4.7% in 2014 – but the average cost per dog bite claim is climbing. In 2014, it was up 15 percent to $32,072 – compared with $27,862 in 2013.

Some insurance companies will limit homeowners insurance availability based on dog breed or dog history. PropertyCasualty360 has an article on the 10 dog breeds most often blacklisted by home insurance carriers. They say:

“The breed of dog you own could make it more difficult to secure Homeowners insurance. Insurers are hesitant in offering coverage to homeowners who own breeds and mixes that insurers believe are more likely to bite and cause injuries. According to DogsBite.org, more than 700 cities in the U.S. have adopted breed-specific laws since the mid-1980s, following the rise in popularity of pit bulls in the general population.”

Is it legal for an insurance company to deny coverage or otherwise discriminate based on dog breed? Yes, and the MSPCA explains why:

Many insurance companies don’t have a blanket breed ban. The MSPCA cites several national insurers that will instead “… work on a case by case basis, considering the individual dog’s behavior and history, and may require a meet and greet with the dog and/or a Canine Good Citizen certification.”

If you have a dog or are thinking of getting a dog, talk to your insurance agent about the insurance considerations.

Here are some other dogs & insurance resources that might be helpful 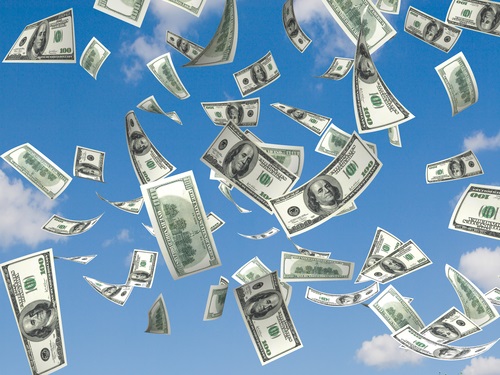 If there’s one old adage you should take to heart and live by, it is this: If it seems too good to be true, it probably is. Here’s a real world application: You get an email, phone call or letter telling you that you’ve just won a sweepstakes or lottery that you never entered. Do this: throw it out. And if the correspondent asks you for money in the form of a processing or transaction fee, run, don’t walk, to report it to state or federal fraud authorities.

These phony “wins” are part of a network of sweepstakes and lottery scams that are proliferating like bad weeds. They proliferate because, unfortunately, they have a lot of takers — probably because most people have fantasies of winning. Criminals are devious, persistent, and expert at targeting our human foibles: our fears, our hopes, our carelessness – and our greed.

The November Consumer Reports focuses on fraud targeting the elderly, and they feature one article — Anatomy of a Swindle — that outlines how these sweepstakes scams work. And while the issue deals with fraud aimed at the elderly, people of all ages are susceptible to fraud. Read the article, and if you have elderly friends or relatives, make sure they are familiar with these scams too.

The FTC offers a must-read about common warning signs for prize scams. It’s worth a quick read.

The FBI also offers information about frequent scams and tips for avoiding fraud. These three are particularly relevant to this type of fraud:

How to file a complaint

If you have a scam or fraud complaint, here are several ways to file a report.