Don’t let last week’s snow fool you – it’s just about time to take that motorcycle out of mothballs and get it on the road. But first, before you do anything else, check to be sure that you have motorcycle insurance to protect that investment.

“Most states require motorcyclists to carry a minimum amount of liability insurance, to cover bodily injury and property damage costs caused to other people involved in an accident. In addition, uninsured/underinsured (UI/UIM) motorist coverage is recommended, or even required, in many states as part of a motorcyclist’s policy to cover expenses for damage were caused by another driver who either does not have insurance, or whose insurance is inadequate.
The mandatory minimum limits for these coverages in states where they are required for motorcyclists are generally similar to those required for automobiles.”

We think its a good idea to have some of the optional coverages, too: collision, first party medical coverage, emergency road service and coverage for customization and equipment.

III offers more details on motorcycle coverage here with tips on saving money such as a lay-up policy or those who suspend use in the winter and multibike discounts. 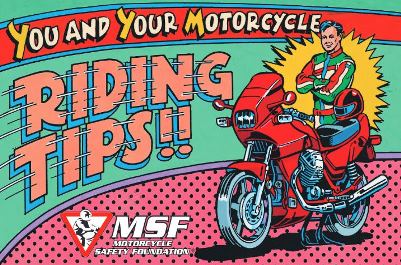 The Motorcycle Safety Foundation (MSF) is an internationally recognized developer of the comprehensive, research-based, Rider Education and Training System (RETS). Some insurers offer discounts for certified safety training so check to see if your insurer does. In addition to courses, MSF offers many free resources in their online library. One we like is the booklet You and Your Motorcycle Riding Tips – MSF says that many manufacturers include this booklet with their new motorcycles. They also have similar booklets for 3-wheeled motorcycles and scooters. Their Tire Guide looks pretty handy, too.

The American Motorcyclist Association has a good resource on motorcycle laws by state.
The guides cover information like eye protection, handlebar height, lane splitting and other information that bikers need to know.

The Insurance Institute for Highway Safety has a good guide on Motorcycle helmet laws by state. They note that, “Currently, 19 states and the District of Columbia have laws requiring all motorcyclists to wear a helmet, known as universal helmet laws. Laws requiring only some motorcyclists to wear a helmet are in place in 28 states. There is no motorcycle helmet use law in three states (Illinois, Iowa and New Hampshire).” IIHS also has a good Q&A about motorcycle safety and related topics

BikeBandit offers some excellent tips on how to prep your motorcycle for spring – he touches on everything from batteries to fluids. 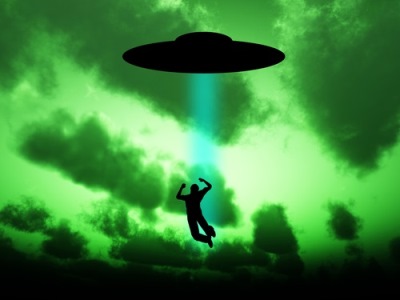 You can insure against almost any adverse event. In prior posts, we’ve talked about celebrities insuring body parts and people insuring some rather unusual objects and special collections.

But here’s one that you may not have thought about: Are you insured against alien abduction? The website says that it is “the perfect policy for anyone who thinks they have everything covered.” We particularly like some of their promotion lines:

A Single Lifetime Premium coverage can be had for $19.95, and it offers a $10 million payout if you can prove you were kidnapped by aliens.  What do you need to do to qualify? They say: “We accept all pre-existing conditions – You cannot be turned down regardless of Age or Frequent Flyer Status.” There is one stipulation.  They will only pay out once.

Most people buy it for someone else but name themselves as the beneficiary. They say they have had claims!

Learn more in this video clip: 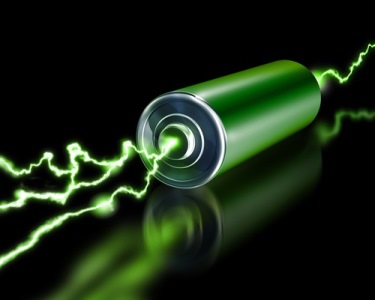 You may have seen the viral video – a man is at a checkout in a convenience store in Kentucky when suddenly his pants burst into flames. He runs out the door of the store, removes his pants and a good Samaritan comes to his aid. He was hospitalized but expected to be OK. But yikes, what happened?

The man – Josh Hamilton – reported that an e-cigarette in his pocket was the cause of the fire – he associated it with the lithium battery that came in contact with change in his pocket.

An NBC news report – What’s Causing Some E-Cigarette Batteries to Explode? – says that there could be many reasons ranging from lack of industry standards to misuse by users. Because they are unregulated, nobody is tracking injuries but Josh Hamilton is not alone – they’ve been other reports of explosions and serious burns to the mouth, face and hands.

Many associate the risk to the lithium-ion batteries:

The lithium-ion batteries used to power e-cig vaporizers are small and powerful. When they fail, the results can be disastrous. We’ve seen that with cellphones, laptops and most recently, hoverboards.

In another recent article, The New York Times talks about The Risks in Hoverboards and Other Lithium-Ion Gadgets, noting that the problems can seemingly occur without warning.

“The problem of exploding hoverboards is serious enough that hoverboards have been banned from college campuses, airlines and subways and buses in New York. The Consumer Product Safety Commission sent out a stern letter this month warning that the two-wheeled vehicles “pose an unreasonable risk of fire to consumers.” And fire marshals have issued warnings and tips to minimize the risk.”

Cheaply made batteries or cheaply made charger devices may be the root of many of the problems but the safety of the batteries is a significant enough issue that regulators are taking note. The Claims Journal reports that e-cigarettes were recently banned in airline checked bags.

“The Department’s Pipeline and Hazardous Materials Safety Administration (PHMSA) previously addressed safety concerns relating to the transport of electronic cigarettes. In October 2015, the agency issued an interim final rule to prohibit passengers and crewmembers from carrying battery-powered portable electronic smoking devices in checked bags as well as ban passengers and crewmembers from charging the devices and/or batteries on board the aircraft.

Passengers may continue to carry e-cigarettes in carry-on bags or on their person but may not use them on flights.”

Lithium-ion batteries are commonly used in rechargeable consumer products like cellphones and laptops. The batteries can still be transported in cargo planes, but starting April 1st they will be prohibited from commercial aircraft. The International Civil Aviation Organization (ICAO) said the ban will be in place until a new fire-resistant packaging standard is designed to transport the batteries, which is not expected until 2018. The prohibition is mandatory for ICAO member states, which include 191 countries around the globe.

Batteries are something we use everyday but we don’t often think about the hazards or safety precautions. Obviously, that should change: See our post about another battery type: The little-known fire hazard of 9-volt batteries

We aren’t chemists or product safety experts, but we’ve gathered a few lithium-ion battery safety tips from people who are: 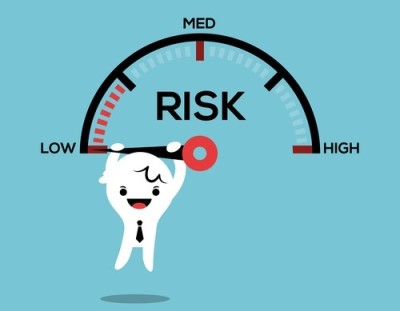 Any new or existing business needs to factor the costs of business insurance into the planning process – it’s a vital mechanism for managing risks and planning for adversity. Some coverages are optional while others, like workers’ comp, are mandated by law.

There’s a great primer on business insurance that appeared in the Boston Globe this week, sponsored by Rockland Trust and written by Wayne Taylor: First rule of insurance: don’t run the risk of being unprotected. Taylor notes: “For a small or medium-sized business, not being protected for uncovered losses could mean the difference between survival and failure.”

The article offers a good overview of business insurance basics, as well as coverages that are unique to specific industries.

We’re delighted that the article includes commentary from one of our Renaissance Alliance members:

“Many small businesses have a unique set of risk exposures that larger businesses don’t always have,” said W. Jeffrey Helm, president and founder of Atlantic Advisors Insurance Agency, Inc., in Norwell. “Often the small business owner is the one who is emptying the waste baskets and booting up the computers in the morning, as well as making sales calls and strategic operating decisions.

“What happens if this key player gets injured or falls ill? The company may not yet have a lot of savings in the bank, nor access to a large line of credit. Having disability coverage, for example, or business overhead expense insurance can help provide a temporary income stream so that the business continues to operate and meet its financial obligations.”

The article suggest brushing up on “the language of insurance” and finding professional guidance. Here are two excellent resources learning more about insurance.

As for a business insurance advisor – if your business is in New England, you can’t do better than a Renaissance Alliance independent insurance agency member – fine one near you!