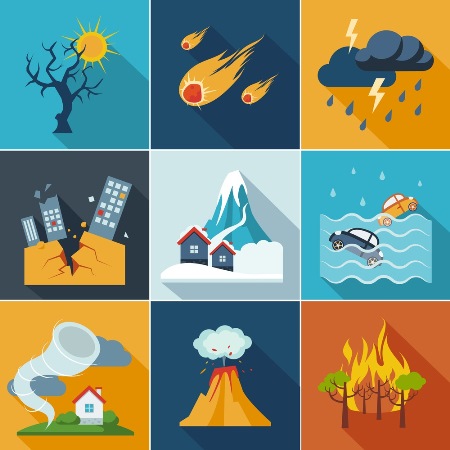 It’s sad and shocking to see the devastation in Italy from the recent earthquakes in Italy and the widespread flooding in Louisiana. Natural catastrophes are always difficult, particularly when there is heavy loss of life and when the devastation is severe enough to cause severe dislocation and change the character of a place. Our hearts go out to victims – we’ve listed some relief efforts at the end of this post.

New England & earthquakes
While some regions are more geographically disposed to certain catastrophic events like earthquakes, they can indeed happen anywhere. Most of the recent New England earthquakes have been minor, but we can and have experienced more severe quakes, such as the 1755 earthquake off Cape Ann, which registered at more than 6.0. While the odds are in our favor, experts say that the chance of a damaging earthquake in New England is not zero.

Plus, an earthquake doe not need to be devastating in scope to cause property damage and typical homeowners insurance policies do not cover damage from earthquakes. This video from the Insurance Information Institute talks about earthquake damage and offers some great advice that would increase the safety of your home and property regardless of whether we ever experience a damaging quake.

Floods & New England
Floods know no geographic boundaries. While people who live near rivers, oceans or in flood plains are at the most risk, many New Englanders have been taken by surprise by flash flooding from storms. According to a list of US Floods from 2001 to the present, floods are generally caused by excessive rainfall, excessive snowmelt, storm surge from hurricanes, and dam failure.

Some old timers may recall the The Great New England Flood of 1936 but we’ve had some recent doozies too: Hurricane Irene caused severe flooding. NECN cites other historic floods that wreaked havoc in our region.

Flash floods can be very dangerous and can take quite a toll on property. And, as with earthquakes, typical homeowners insurance does not cover flood damage. You need a separate flood insurance policy to be covered – and your policy must be in place for at least 30 days to be in effect, so a last-minute purchase when you hear about flooding potential would be too late. For more on protecting yourself from flood damage, see these posts:

September is a good time to focus on these matters since it September is National Preparedness Month. Ready.gov has before, during and after advice for all types of emergencies including floods, hurricanes, earthquakes, blizzards and more.