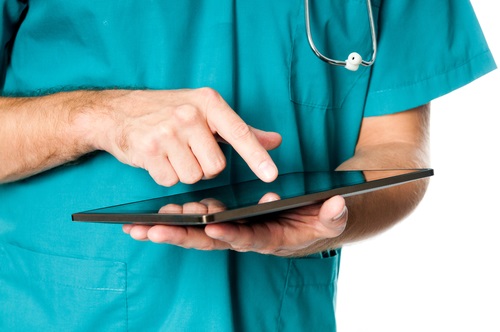 You’re no doubt aware of the dangers of identity theft, but have you heard of medical identity theft? It appears that thieves are not only eager to steal your personal information to make purchases, intercept your tax returns, open accounts or commit crimes, they’d also like to pose as you to get expensive medical services. It’s a serious, growing crime that can put your financial and physical health at risk. The Federal Trade Commission (FTC) describes medical identity theft this way:

A thief may use your name or health insurance numbers to see a doctor, get prescription drugs, file claims with your insurance provider, or get other care. If the thief’s health information is mixed with yours, your treatment, insurance and payment records, and credit report may be affected.

Consumer Reports offers a good article on The Rise of Medical Identity Theft, noting that there were an estimated 2.3 million cases identified in 2014. They explain that it’s a crime that can go well beyond financial repercussions:

But there’s another, far more dangerous problem with medical identity theft: The thief’s own medical treatment, history, and diagnoses can get mixed up with your own electronic health records—potentially tainting and complicating your care for years to come. And that isn’t a hypothetical problem.

“About 20 percent of victims have told us that they got the wrong diagnosis or treatment, or that their care was delayed because there was confusion about what was true in their records due to the identity theft,” says Ann Patterson, a senior vice president of the Medical Identity Fraud Alliance (MIFA), a group of several dozen healthcare organizations and businesses working to reduce the crime and its negative effects.

Scary, right? Even scarier is that the thieves may be in your house right now! Consumer Reports notes that medical identity theft is sometimes called “friendly fraud” because it’s often perpetrated by family members. They cite a study by the Poneman Institute in which 47% of the respondents said the theft was perpetrated by a relative or someone else they knew, while only 10% was attributed to a data breach and 12% due to having been tricked into providing personal information.

Like identity theft, anyone can be a victim, but two groups are at particularly high risk:

What can you do to protect yourself against this type of theft? Here’s a good place to start. Consumer Reports offers 10 Ways to Guard Against Medical Identity Theft. As with anything else, half the battle is awareness. Understanding the danger and taking basic precautions can help. Here are some other good medical identity theft resources: