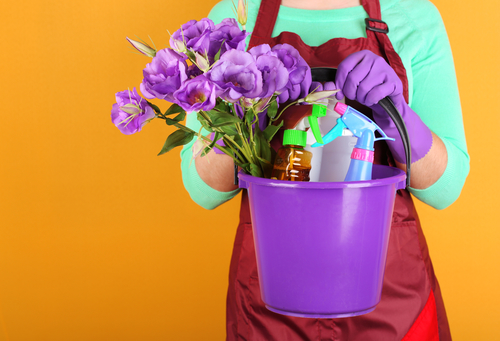 Spring is in the air, even if we still have a few iffy weather days to muddle through. It’s time to do a good annual home cleaning and checkup – Bob Vila has a a good home maintenance list and Martha Stewart offers a helpful checklist of spring cleaning tasks (PDF). But as you go about your spring cleaning, remember to stay safe.

We’ve also hunted down a few videos on helpful hacks to make household spring cleaning a little easier. And if you find them helpful, you might like our prior post on Handy household hacks: creative uses for everyday products. 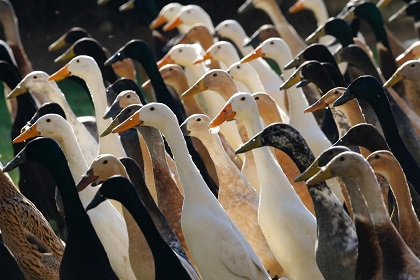 Spring is in the air, so your thoughts may be turning to your garden. If so, you may enjoy this fascinating story about an army of working ducks. It’s a story that may have particular interest to gardeners who are thinking ahead to garden planting and maintenance, including the age-old battle of pest control. One South African vineyard has the ultimate organic solution to control slugs and snails: Ducks. Reuters features a must-see pictorial by photographer Mike Hutchings and correspondent Wendell Roelf, called Quacks Squad on the Hunt. The story includes an amusing video of ducks on the march – turn on your sound for the full effect – and a slideshow of photos.

Here is a clip narrated by the duck farmer that offers a little more detail.

If you’re getting started on your garden, but a thousand ducks don’t seem like a practical pest control solution for you, check out these great videos on gardening from local meteorologist and horticulturalist Dave Epstein – search for “pest” to get tips on controlling garden critters. It’s just one part of his site called Growing Wisdom, a one-stop shop for New England weather reports and gardening tips. You can also follow Dave on Twitter. 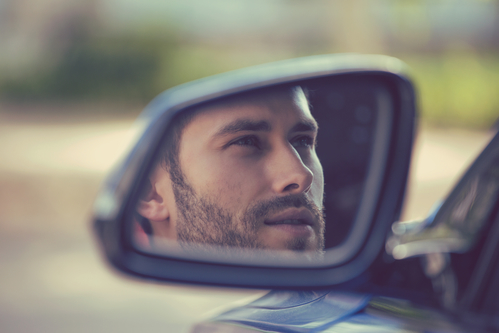 “I didn’t even see it coming!” Most drivers have experienced a close call at one point or another when changing lanes, often due to blind spots. The National Highway Traffic Institute says that blind spots account for more than 800,000 vehicular accidents a year. Blind spots are the areas around our vehicle that we can’t clearly see either with our peripheral vision or by looking in our mirrors, most commonly to the left and right rear of our cars. These blind spots can be affected by many factors: how many visual obstructions there are in the vehicle itself, such us window pillars and headrests, or your height in the driver’s seat, which can affect your external visibility. Blind spots are no joke – they can be big enough to hide an entire vehicle from your view.

The usual prescription for minimizing blind spots is a two-step process: properly adjusting your mirrors and physically turning your head to check before changing lanes.

But the question is, how do you properly adjust mirrors? Most people adjust side mirrors so that they can see the right and left rear flanks of their vehicle, but safety experts are now telling us that this is wrong: The Society of Automotive Engineers says that we should adjust the mirrors further outward to create a greater arc of visibility and this will eliminate blind spots entirely. See more about their recommendation, along with a diagram at How To: Adjust Your Mirrors to Avoid Blind Spots.

This short video goes into more detail and demonstrates exactly how:

Many new cars are equipped with sensor and alert technologies either for blind spot detection or lane change warning systems designed to aid us in crash avoidance. As with many other crash avoidance systems, the technologies are still fairly new but expect to see more in future years.You might talk to your local insurance agent about any auto insurance discounts that might be available for car safety technologies.

This short clip from CNET talks about how such systems work and what to look for if you are shopping for a car with this technology. 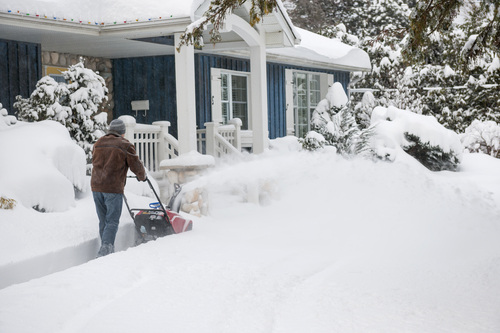 After you’re done digging out from the snow today, are you safe in putting the shovels and  scrapers away yet? Probably not – New England weather is full of surprises. Yesterday’s storm was billed as late in the season, but many New Englanders recall the infamous 1997 April Fool’s Day Blizzard, which deposited 25.4″ at Boston’s Logan Airport. And in 1977, on May 10, Worcester accumulated almost 13″ of snow, while Providence saw about 7″. And then there is the historic 1816, dubbed the year without summer, that recorded snow in June.

In terms of snow totals overall, the 2014-2015 snow season is the record breaker, with 110.6 inches in Boston; Lowell and Worcester both came in at about 120 inches for the season.

While yesterday’s storm proved less intense in some areas than predicted, there were hours of heavy, damaging wind and the coast was battered. Many communities saw power outages, and some people are coping with storm related property damage today.

Claire Wilkinson of the Insurance Information Institute’s blog has a handy run-down: Winter Storm Damage? Insurers Have You Covered, discussing damages that are typically covered by auto policies and homeowners policies. The good news is that typical homeowners policies cover most home-related storm damage with a few exceptions.

One exception is flooding, which would include melting snow seeping into the cellar. Flooding is not typically covered by Homeowners, you need a specific flood coverage, a separate policy. See our prior post: Does homeowners insurance cover flooding?

While flooding from a burst pipes or ice dams would generally be covered, Wilkinson notes that in the event of burst pipes, “there is generally a requirement that the homeowner has taken reasonable steps to prevent these losses by keeping the house warm and properly maintaining the pipes and drains.”

And also from the Insurance Information Institute, here is a brief overview of the steps for filing a home insurance claim. 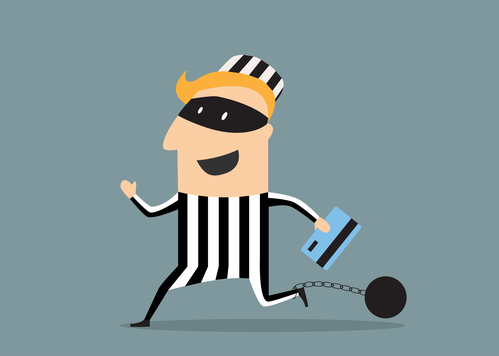 This week is Consumer Protection Week – but honestly, consumers should be on their guard about potential scams and fraud every single week of the year. In 2016, people who reported fraud to the Federal Trade Commission (FTC) paid $744 million to scammers – with a median payment of $450. Those are only the reported cases – many people are embarrassed to admit that they fell for a scam. Experts put scam crimes more on the order of $30 to $40 billion a year.

In looking at the top fraud in 2016, the FTC said that of those who specified how they were contacted by scammers, 77% said it was by telephone, with only 8% contacted by email and 3% by traditional mail. That tells you to be alert for suspicious calls.

Also notable in 2016, the FTC reports that for the first time, imposter scams passed identity theft for the number of complaints, and debt collection was the top complaint for the second year in a row.

Imposter scams are scammers who pretend to be someone else: the IRS, debt collectors, tech support – the FTC has posted examples of different types of imposter scams that have been reported.

Why are people susceptible to fraud?

Scammers are masters of human nature and prey on our weaknesses. They appeal to fear by posing as the IRS, debt collectors or other authorities, making harsh threats and you-must-act-now demands. They exploit our hopes of winning or getting something for free or for an incredible price. They take advantage of naive computer users with popups, phishing scams, unsafe apps or links and social media targeting.

In What Makes People Fall for Online Fraud? Rick Paulas reports on an AARP survey about risk factors involved with falling for Internet scams.

” … there’s a correlation between fraud victims and the activities people perform online. For instance, those willing to post their birth dates or relationship status on social media are 8 percent more likely to be victims of online fraud than those who keep mum. Those who sign up for free trial offers are 10 percent more likely to get swindled. People who click on pop-ups are 16 percent more likely. “Victims tend to be more open,” Shadel says. “But people wise up. They realize you shouldn’t be clicking on every pop-up you get.””

The article 10 Types of People Who Fall for Scams, Schemes and Cons by Marilyn Lewis says that:

Victims include older people, yes, but also younger ones. Educated and undereducated. White-collar and blue-collar. Dumb people and smart ones. The Stanford study says:

An emerging conclusion in profiling research is that there is no generalized profile of a “typical” victim. Profiling studies that analyze victims by type of scam, however, have yielded a clearer picture of scam-specific profiles. In other words, while everyone is vulnerable, some people may be more vulnerable to particular scams than others.

The article is very interesting, examining various demographic groups and what type of scam is likely to be most successful for that group. For example white men are the most likely victims of investment fraud; lonely people are more susceptible to dating fraud.

Even relatively sophisticated and alert people can let their guard down and fall for a scam. One way to keep suspicion high is to periodically review the FTC Scan Alerts to learn the latest scams that are circulating. It’s also important to report fraud should yo be come a victim. That is how the authorities catch criminals and alert others about new schemes.