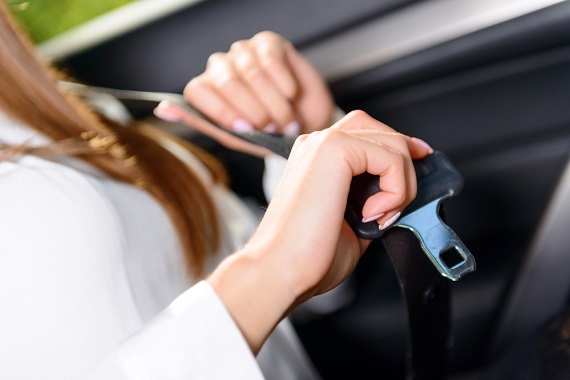 The last time you used a taxi, a ride-hailing service or jumped in the backseat of a friend’s car, did you buckle up? If you did, good for you, but you are in the minority. Four out of 5 adults surveyed by the Insurance Institute for Highway Safety (IIHS) say they don’t bother to use a seat belt for short trips. Even more troubling, many who responded said that one of the reasons they don’t buckle up is the false idea that the back seat is safer; others say they simply forget. False assumptions and forgetfulness can have tragic results: IIHS says that more than half of the people who die in passenger vehicle crashes in the U.S. each year are unbelted. Safety belts saved 13,941 lives during 2015.

Many front seat riders have gotten in the habit of seat belt use because it is mandated by law in most states, but back seat use is only required by law in 29 states. Plus, many cars have reminders, warnings and alerts for front-seat use, but such reminders usually aren’t available for back seat passengers. If you’re a passenger, try to make this a habit. If you are the driver, it’s up to you to enforce it with your passengers.

If you are buckled in as the driver, but the passenger who is riding behind you is not, they can be very dangerous. In an accident, their body can be propelled into you or other passengers, causing severe, preventable injuries. As a driver, you should mandate backseat safety belt use – if the passenger complains, tell them it is not only for their safety, but for your safety and the safety of others in the car, too!