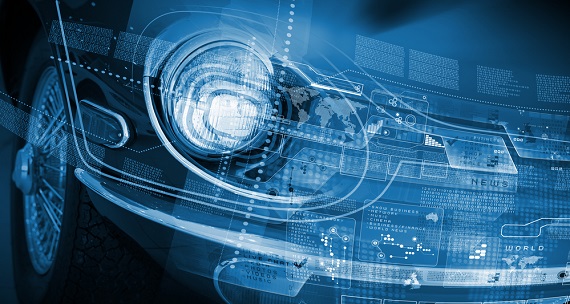 It used to be that when you opened your car’s hood, you could look straight down and see the pavement beneath the engine. There was room to get your hands in there; to change a belt, tighten a hose clamp, pull a spark plug, or swap out an air filter. Try that with a new car and you’re in for a frustrating time: every gap under the hood is filled, every available space crammed with technology. Our cars are no longer simple mechanical chariots of iron and fire. They’re sleek, smart, and integrated into the wider world in ways that would sound like science fiction to the shade-tree mechanics of yesterday.

A new car runs on average 100 million lines of code. That’s more software than the Large Hadron Collider, the Mars Rover, and the Hubble Space Telescope – COMBINED. Everything from braking and the firing of pistons to the temperature of the seats and the mix of air in the passenger compartment is regulated and monitored by software.

An important contributing factor is where these expensive sensors are placed: they’re often on bumpers, front grilles, and side mirrors, the same spots that see the most incidental damage. Even an undamaged sensor can get knocked out of calibration in a seemingly minor fender-bender, affecting everything from adaptive cruise control which relies on front-facing radar to automatic headlight-dimming that uses tiny cameras to “see” oncoming traffic.

“The insurance industry is very focused on the repair costs associated with these new technologies,” said Matt Moore, senior vice president of the Highway Loss Data Institute at the Insurance Institute for Highway Safety. “When the reduction in the crash risk associated with any advanced driver assistance system is greater than the increased repair costs then insurance premiums will likely go down,” Moore said. But in the short term, he expects the dollar value of collision claims to rise approximately 2% per year.

Of course, not factored into this accounting are all the injuries and deaths that these expensive safety features prevent. Maybe paying a little more for repairs now is worth it, when you consider that now drivers are walking away unscathed from accidents that in the past would’ve meant disability or death. It’s up to us as responsible drivers to use the tools we’re given to drive smart and drive safe – and when we do that, everybody wins.