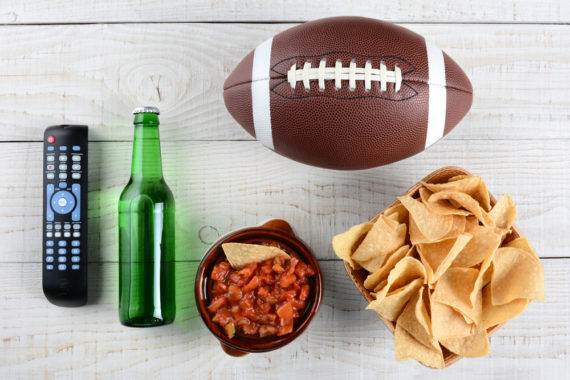 Another Super Bowl Sunday for the Patriots! Go New England! We’ve gathered a grab bag of fun and interesting related items from around the web to get you in the spirit.

The Philadelphia police are hard at work greasing the street poles to prevent Eagles fans from any wild post-game pole-climbing activities. Sports Illustrated says they started with Crisco but are now using gear oil. But their precautions are likely in vain if we can believe the apes. In an annual tradition, Utah’s Hogle Zoo primates Tuah and Arcara made their Super Bowl LII predictions for the winning team … and they chose the Patriots. But let’s check in with other experts in the animal kingdom. Teddy the Porcupine has a 5-1 record for being right in his prognostications. Check out who he favors this year.

This year, the Globe and Philly.com are partnering to bring you a series of Facebook Live reports from the Super Bowl. The schedule started yesterday and will continue through the weekend – you can watch them all on the Globe’s Facebook page. And if Twitter is your thing, here’s what’s happening on Twitter for Super Bowl 52.

To get you in the spirit, Masslive has a Belichick feature: “Whether it be his references to SnapFace, his dry humor or his less-than-enthusiastic responses to numerous questions from the media, New England Patriots head coach Bill Belichick is often good for a number of memorable moments at the podium every season.” They offer a choice selection of Belichick’s best quotes, jokes and press conferences from this season.

How are you at Super Bowl trivia? take the test to find out. You might want to brush up on these 23 pieces of fascinating Super Bowl trivia before the game so that you can amaze your companions.

If you look forward to the Super Bowl ads but don’t like sacrificing your time to replenish snacks or drinks, you’re in luck – AdAge brings you All the 2018 Super Bowl Ads Released So Far.

Many people think that the Super Bowl is really for the dogs, and they’ll prove it by tuning in to Puppy Bowl XIII on Sunday. Not to be outdone by the canine, kittens are taking to the field in Kitten Bowl 5.

Plan your day – here’s the lineup:

But if you are hosting a party, we issue a reminder to look after guest safety to avoid any host liability. The Insurance Information Institute explains:

It’s a little late for this Super Bowl, but if you are a homeowner who likes to host parties, you might want to talk to your independent insurance agent about umbrella liability insurance, which increases your protection.