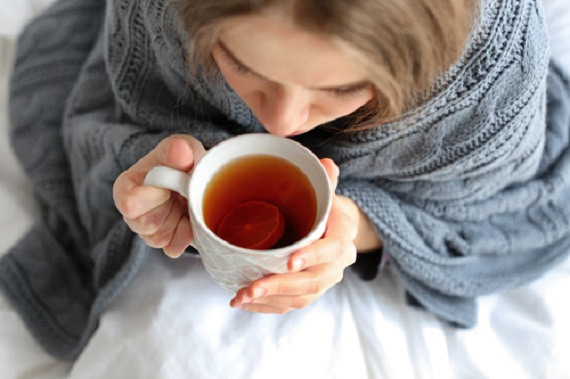 We tend to think of the flu as a winter illness, but October is the start of flu season in the United States, continuing on through May and generally peaking in January or February. It’s not too early to think about getting your flu shot now, and if you need a good reason, the Chicago Tribune reports on some news about the toll of last year’s flu season:

“More than 80,000 people died from the flu last season in the United States, according to early estimates from the Centers for Disease Control and Prevention. Although it’s far lower than the almost 700,000 people who died in the U.S. during the so-called Spanish flu pandemic that hit worldwide 100 years ago, last season was a “record-breaking” death toll, the highest since at least the late 1970s, according to the CDC.

The flu deaths last season were nearly 10,000 higher than the estimated number who died from drug overdoses and almost double the number of those estimated to have died in motor vehicle crashes. An estimated 900,000 plus were hospitalized, the public health agency said. In Illinois, more than 2,300 were admitted to intensive care units for flu-related illness.”

Apparently, that isn’t evidence enough to convince people to get vaccinated – less than half of the population gets a shot each year. If you are a flu shot skeptic, the Harvard Medical School shoots down 10 common flu myths – check out the article to get the facts.

Learn about who is most vulnerable to the flu from the CDC: People at High Risk of Developing Serious Flu–Related Complications. Get more facts about prevention, symptoms, treatments and more from flu.gov.

Today, there’s no excuse – it’s pretty easy to get a flu shot on the fly, you don’t even need to make a doctor’s appointment. You can get a flu shot at most major pharmacies and drug stores. If you’re unsure where to get a shot, check the vaccine finder. Here are some tips for getting free or cheap flu shots.