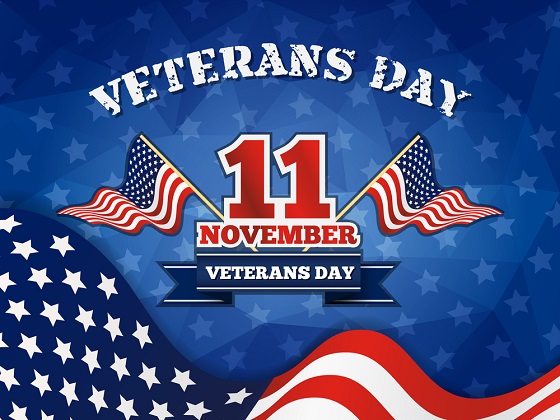 This year marks the 100th anniversary of the end of hostilities of World War I, which occurred in 1918, and was know as Armistice Day. Today, it honors all veterans, past and present. It’s a time to recognize and pay tribute to those who put their lives on the line for their country. There are a few misconceptions about the holiday. To set the record straight, the Defense Department offers 5 Facts to Know About Veterans Day.

It’s one of 10 federal holidays. Although it falls on a Sunday, federal offices will be observing it on Monday and will be closed. About 20% of all employers observe the holiday, also – so if you have business plans on Monday, double check to be sure that offices are open.

Many communities have Veterans day parades – check local listings for commemorations near you. Also, many commercial enterprises offer special tributes in the form of freebie or discounts to veterans:

Here are a few resources to learn more about the historic anniversary this year.

Looking Back On The 100th Anniversary Of The WWI Armistice
The 100th anniversary of the end of World War I. Reflections from the homefront and Europe.