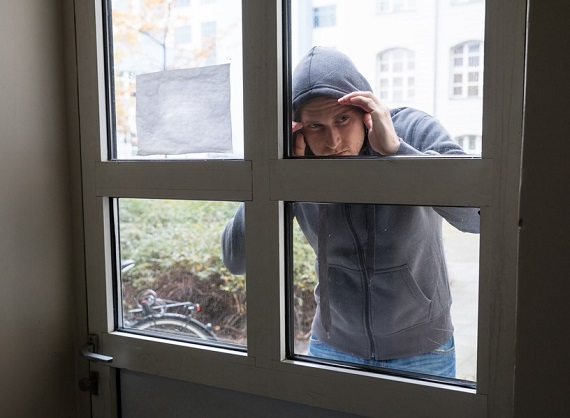 How do home burglars choose a home to rob? What makes it easier or harder for them to break into a home? What can homeowners do to ensure their home is not a target? To learn the answers to these questions, Portland Oregon KGW TV’s investigative team sent letters to inmates currently serving time for burglary in the Oregon Department of Corrections. Inmates were surveyed anonymously about how they broke in, when the crime occurred and what they were looking for. See: We asked 86 burglars how they broke into homes

Here’s an eye-opening video as a KGW reporter rides around a neighborhood with a former home burglar who talks about how he cased homes and commit robberies.

The linked article above is also worth reading. When asked “What is the one thing homeowners can do to avoid being burglarized?”: “Burglars suggest homeowners make their property visible with good lighting and trimmed bushes and trees. You should get to know your neighbors and alert police if you see anything suspicious.”

For another brief video and tips from burglars see How do you prevent a burglary? Convicted thieves tell all – KSL in Salt Lake City.

We previously featured a post on Burglar Secrets: Expert advice on how to protect your home.. While links to the original article we cited are no longer operational, we excerpted several tips in the post. Among them,  mistakes that burglars said people often make:

Talk to your insurance agent

Your home insurance company might also have good information about keeping your home safe. And if you have home security systems, you may earn a discount on your insurance policy – talk this over with your independent insurance agent.