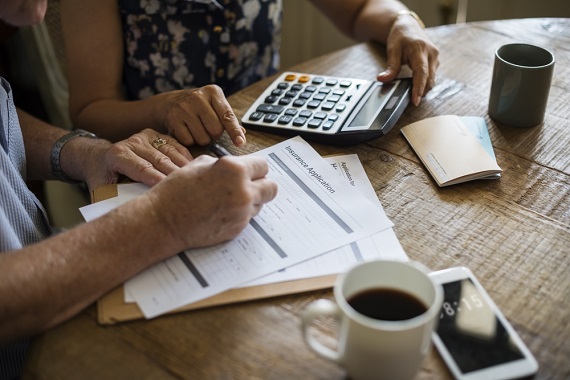 Like many other industries, insurance has its own unique jargon that can sometimes make shopping for coverage seem overly complicated. Your local independent insurance agent is always happy to break things down for you and explain any language or terms that you don’t understand. One term that is commonly used in auto, health and in other insurance policies is “deductible.”

In simple terms, a deductible is the amount of money that you, the insured, must pay for a claim before your insurance will kick in.

Let’s look at an example: You are in an auto accident and your car’s damages are assessed at $1250 in damages. If your insurance policy has a $500 deductible, you will have to pay the first $500 of the damages to your car out of your own pocket and the insurer will pay the remaining $750. Generally, once the deductible is met, any future losses that you might have during the term of that policy will be covered in full.

The Insurance Information Institute has a great article on understanding your insurance deductibles that explains how deductibles work to prevent surprise costs and save money. It’s a good introduction with clear examples. They also discuss homeowners disaster deductibles for hurricane, wind/hail, flood and earthquake coverage. (Reminder: your homeowners insurance does not automatically cover you should your home be damaged by flood, earthquake, and other natural catastrophes – talk to your insurance agent about what your homeowners does and doesn’t cover.)

Businesses can also opt for deductible plans for certain types of business coverage such as workers compensation programs.

As with all insurance matters, you need to check your own policy. Insurance can vary by state law, by type of coverage, and by individual policy. It’s a good idea to read your policy and to ask your insurance agent to explain any terms that you don’t understand. 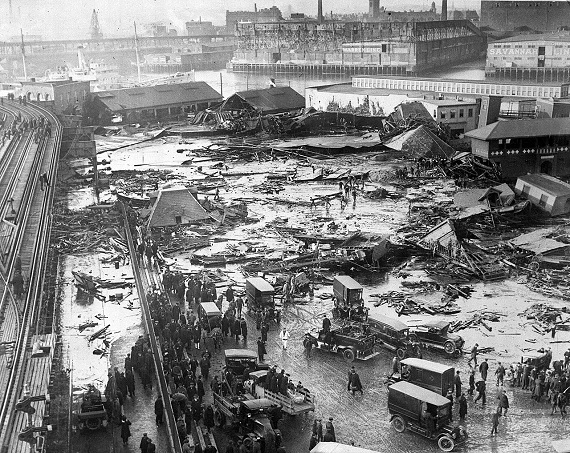 We recently passed the 100 year anniversary of the huge Boston Molasses Disaster, which occurred on January 5, 1919. In today’s world, it can be hard to imagine how a household product could cause a disaster that would lead to the death of 21 people, more than 150 injuries and an entire neighborhood being leveled. That was indeed the case when 2.3 million gallons of molasses burst from a 50-foot tall North End storage tank with powerful force.

Molasses was in important staple of the day, a common sweetener. In addition to household kitchen uses, molasses was a key ingredient in rum and was once used in the manufacture of munitions.

The disaster occurred just after lunchtime on an unseasonably warm January day in a bustling Boston neighborhood. Insurance Journal describes the event:

The initial wave rose at least 25 feet high – nearly as tall as an NFL goalpost – and it obliterated everything in its path, killing 21 people and injuring 150 others. Rivets popped like machine-gun fire. Elevated railway tracks buckled. Warehouses and firehouses were pushed around like game pieces on a Monopoly board. Tenements were reduced to kindling.

Outrunning the molasses was out of the question. The first of it raced through the harborside neighborhood at 35 mph. Not even Usain Bolt, who clocked just under 28 mph at his world-record fastest, could have sprinted to safety.

The storage tank was owned by Purity Distilling Company. After the disaster, they tried to blame the explosion on bombs set by anarchists. The real source of the disaster was a confluence of predictable factors, primarily a poorly-constructed, overloaded storage tank, so badly constructed that it was painted brown to mask all the leakage.

A page dedicated to the molasses disaster with links to historical accounts says:

“Envision a disaster scene with smashed buildings, overturned vehicles, drowned and crushed victims, and terrified survivors running away covered in molasses. Like the modern-day disasters with which we are unfortunately familiar, there was chaos, terror, buildings in ruins, victims to be dug out, trapped survivors to be rescued, rescue workers among the victims, and anguished families rushing to relief centers to find their relatives. It was like any horrible disaster scene, with the addition that everything was covered in smelly sticky brown molasses.”

Agency Checklists also features an article on the disaster, including several photos. They note that the disaster marked the beginning of stricter construction codes and accountability.

“According to a Time magazine article on the flood, the resulting court case in which the U.S. Industrial Alcohol (USIA) corporation, owner of the Purity Distilling Company who operated the tanks, was forced to pay “… restitution amounting to about $15 million in today’s money” due to the structural weakness of the tanks used to hold the molasses. It was revealed during the ensuing lawsuit that the engineer who oversaw the construction of the North End tanks did not even know how to read blueprints, and that the tanks has subsequently been painted to match the color of molasses in order to hide the constant leaks in the tank.

As a result of these revelations and the tragedy which resulted from such negligence, Massachusetts instituted stricter construction codes, essentially creating the idea and requirement of “accountability in construction.”

A century ago, liability insurance was in its early days. ( IRMI: Early Liability Coverage.) Businesses rarely had adequate insurance and the courts were often a victim’s only financial remedy for damages or loss.

Today, business insurance is a social safety net that protects a business owner from financial losses and provides financial remedy for personal injury, death and property loss by third parties, as well as for a business owner’s litigation costs. In addition, insurance companies play another important role, providing an additional layer of public protection through risk and loss exposure identification during the underwriting process, as well as loss prevention expertise for business owners.

If you’re interested in more information on this unusual disaster, we’ve included a few links and a video clip of a 22-minute video documentary. 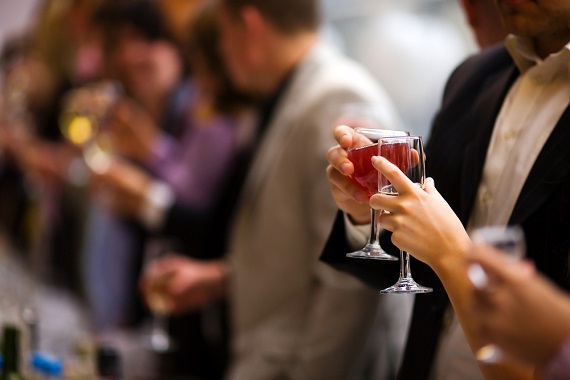 With Thanksgiving in our rear view mirror, we enter the season of holiday parties. If you are planning to host parties at your home or business this season, it’s time to think about responsible party hosting practices. We’re revisiting a post we made a full decade ago on holiday party do’s and dont’s – despite, the passage of time, everything is still relevant today!

A national survey on homeowners insurance issues by Trusted Choice and the Independent Insurance Agents & Brokers of America (IIABA) found that about one-third of homeowners did not think or did not know if they could be held responsible in the event of an alcohol-related accident. In addition, more than 46% of the survey respondents thought they weren’t liable in the event that a guest became seriously ill from catered food consumed at the host’s home and more than 22% didn’t think they could be held responsible if a guest was injured on the sidewalk in front of their property. In fact, these are all situations in which a homeowner could have liability.

A spokesman for the IIABA suggest that homeowners regularly review their liability coverage limits with their independent agent to ensure adequate coverage, and that frequent party hosts inquire about an umbrella policy providing $1 million or more in additional coverage. IIABC also suggest the following holiday hosting tips for homeowners and business owners: 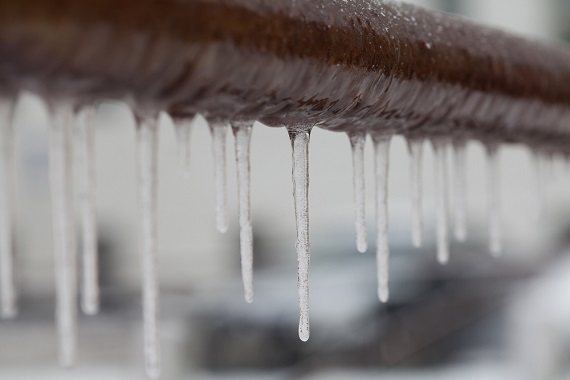 Frozen and burst pipes cost businesses millions every winter. According to the Insurance Institute for Business and Home Safety, 25% of businesses do not survive after a major property disaster, such as a freeze-related water incident. Philadelphia Insurance studied 433 business claims for burst pipes to offer prevention advice for businesses and risk managers. They noted that, “Our average loss related to frozen pipes is $27,000, but our most expensive claim was $1.7 million.”

Philadelphia recommends a Heat Examine Alleviate Technology approach, or a HEAT system. They offer a HEAT checklist, or watch this short video to prepare for and prevent pipe freeze, breakage and subsequent water damage. They also offer a handy Winter Weather Property Protection tip sheet with more great prevention tips for businesses. And see their recommendations for freeze prevention and control devices. 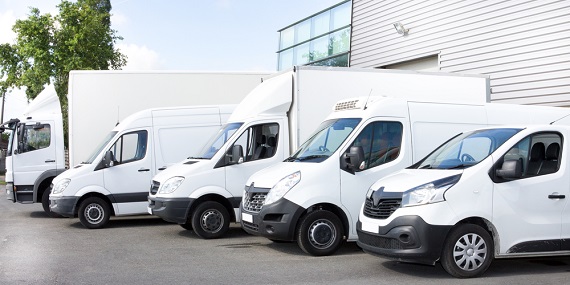 If you are a Massachusetts commercial trucker engaged in intrastate commerce take note: Effective September 1, 2018, you must obtain and display a US DOT number for designated vehicles. The number must be obtained and filed with the Federal Motor Carrier Safety Administration (FMCSA) and made visible on vehicle markings by that date, as per 540 CMR 2.22, the Commercial Marking section of the Registry of Motor Vehicles regulations.

According to State Police, “failure to obtain and display a USDOT number on your vehicles may result in a civil fine and/or placing your CMVs Out of Service until such time as your company obtains a USDOT Number.”

What MA commercial vehicles does this affect?

According to the MA Association of Insurance Agents, “The changes could affect customers that are written on a Massachusetts Auto Policy class 30 such as plumbers, carpenters, electrician, etc.”

The MA Department of Public Utilities Transportation Oversight says that affected vehicles include those that are:

How do you obtain a US DOT number?

According to the MA State Police, to obtain a USDOT, go to the FMSCA website. Follow links to obtain an intrastate USDOT number. Your company will be issued a USDOT number that must be displayed on all CMVs that your company operates, including leased vehicles. There is no charge to obtain this number from the USDOT-FMCSA.

What are the new rules about DOT markings?

For guidance on displaying the DOT number on your vehicles, see: