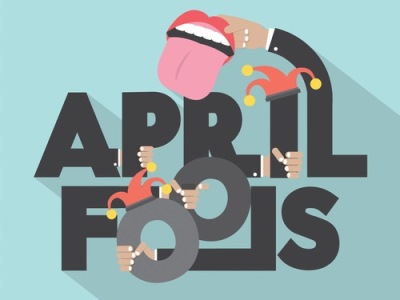 It’s late enough in the day that you’re probably already suspicious of pranks, so we don’t think we’re issuing any spoilers here with our April Fool’s Day roundup.  We’ve gathered a few of our favorites from around the web. But warning – if you live in China, don’t go any further because April Fool’s Day has been banned in China. (Unless that’s a great big prank from China!)

Think insurance is a serious business? Usually we are very serious, but we like to kid around, too.  Here are a few of today’s jokes — but we think most of them are a little too close to the truth to be funny!

Google always has a few tricks up their sleeve:

We liked this Jobs for Babies idea and wish it was a real thing.

Here’s one we think wouldn’t be a big seller: The Mark Zuckerberg fashion line for HM

The Washington Post has a really good roundup – it’s YUGE: April Fools’ Day hoaxes: 2016’s comprehensive, updating (and upsetting) list – just be warned that we can’t vouch for everything being work safe or work appropriate!

See our April Fools Day roundup from 2014 for more oldies but goodies.

We wish the prediction for snow this weekend was a big joke, but unfortunately it looks real! We remember an actual April Fool’s Day storm in 1997 that dumped the region in about 30 inches of snow!

After a bit of investigating, we are prepared to state that our favorite April Fool’s Day fun is LinkedIn for Cats. We are totally disappointed that this is not a real thing.

We considered pranking you, our readers, with an announcement of 20% MA auto rate increase but we didn’t want risk the wrath of the regulators or the actuaries. (It’s totally false, but there are some rumors afoot that actuaries are humor impaired. )

Instead, we offer a roundup of some of the Web’s best April Fool pranks of 2014. Be warned – we’ve tried to screen most, but we can’t be 100% sure that all of these are safe for work. It is April Fool’s, after all.

April Fools’ Day jokes 2014 – the best on the web
The Guardian gathers many global pranks, including announcements that a penguin at a zoo in Devon has laid a golden egg, that a new vegemite-flavored soda is being launched, that experts are baffled by a square egg, that farms are breeding lambs with six legs and that Great Britain is banning selfies, among others.We were amused by by this message from the Choir of King’s College Cambridge saying that, that from now on, high vocal parts will be performed by altos breathing helium.

Here in the US, Time.com offers The Best April Fools’ Pranks of 2014, including announcements about a new line of Presidential underwear line, a Cheetos-scented perfume, a travel service that reviews the best bathroom stalls, an edible Domino’s pizza box, a bourbon-scented sunscreen and more.

TNW covers some of The best tech April Fools’ Day jokes of 2014. We enjoyed many, but we particularly liked the new Opera browser designed specifically for cats.

And if you just can’t get enough, check out the Museum of Hoaxes huge April Fool Archives. It’s a year-by-year catalog of the entire history of April Fool’s Day. You can browse the archive by year and time-period, to find out what pranks, jokes, and hoaxes were perpetrated on all the various April Firsts throughout history. Or you can browse it by category.