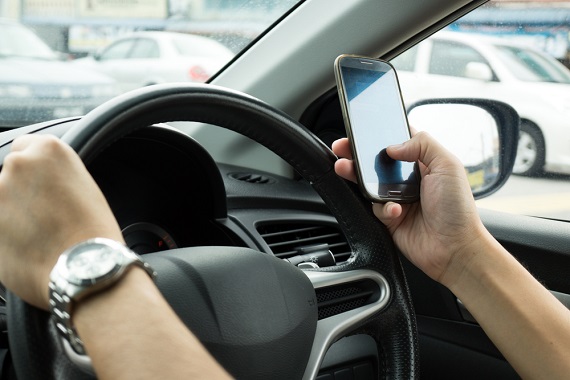 Florida has a new law that prohibits texting while driving, which went into effect July 1. It’s called the Wireless Communications While Driving Law. From now until January 1, 2020, drivers who break the law will get a warning, but after that, a $30 fine will be imposed for a first offense, and a $60 fine for a second offense. But that’s actually just the tip of the iceberg – there are court costs, insurance surcharges and more that can make breaking the law quite costly. Florida Today explains why your $30 ticket becomes way more expensive, breaking down additional court costs and fees that bring your actual first-time penalty to $119 in Brevard County. (Each county’s fees may differ)  In addition to that, your auto insurance rates could cost you up to 25% more per year for three years. That means that a quick text could be very costly!

Local 10 offers a recap of what you need to know about Florida’s new texting while driving law. There are some exceptions, which they list as:

“Some exceptions apply. The law does not apply to vehicles that are stationary or to a driver who is:
– Performing official duties, such as operating an emergency vehicle (i.e., law enforcement, fire service professionals, and emergency medical service providers).
– Reporting an emergency, a crime or other suspicious activity to law enforcement.
– Receiving messages that are:
a. related to the operation and/or navigation of the motor vehicle; b. safety-related information (emergency, traffic, and weather alerts); c. data used primarily by the motor vehicle; or d. radio broadcasts.
– Using the device in a hands-free manner for navigation purposes.
– Using the device in a way that does not require manual entry of characters, except to initiate a function or feature.”

Massachusetts residents take note: In June, Boston.com reported that a driver hand-held cellphone ban moves closer to becoming law. The Senate and the House have both approved versions of the law and must now reach agreement on a compromise bill. But be aware that proposed fines are costly:

The bill calls for a fine of $100 for a first offense, $250 for a second offense and $500 for a subsequent offense. Those who commit a second or subsequent offense would be required to complete a program that “encourages a change in driver behavior and attitude about distracted driving.”

A third or subsequent violation would also be a considered a surchargeable incident under car insurance policies. The bill would allow an exception to using cellphones in the case of an emergency if no one else in the car is able to make the call.

Driving & cellphone use laws by state

Here’s a handy tool to bookmark: The Insurance Institute for Highway Safety (IIHS) maintains a summary of cell-phone use laws with maps and a detailed chart listing of cellphone use laws by state.

They summarize three types of prohibitions for cellphone use laws: