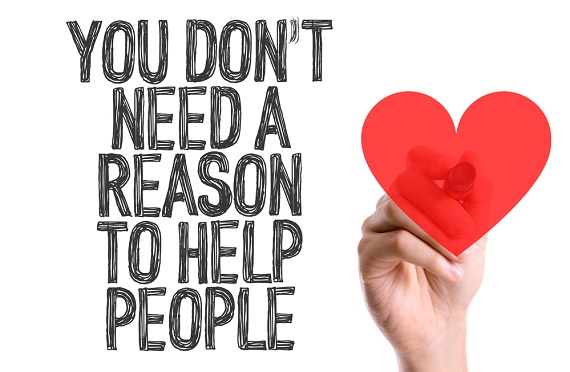 The world’s a mess, the market’s queasy, it’s the depths of February, and everyone has the flu. But cheer up! It’s almost Valentine’s Day! Let’s spread some love and goodwill by celebrating Random Acts of Kindness Week while we look at some of the good stuff, big and small, happening in the world:

Come on, Drake! You’re making the rest of us look bad!

But you don’t have to have rap-superstar status (or a rap-superstar bank balance) to make a difference. There’s all sorts of ways to get involved, starting right at your front door. To help out in your community, try typing “local volunteering near me” into your favorite search engine.

Need more inspiration? Buzzfeed has you covered with 101 ideas for random acts of kindness. Now get out there and commit some Random Kindness!