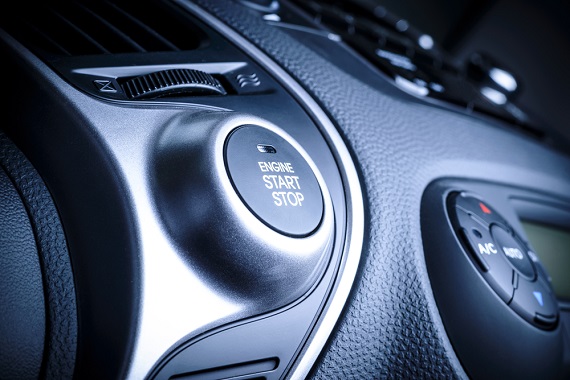 If you have a keyless car system, you may be at heightened risk of a potentially deadly problem: More than two dozen people have died and another several dozen others have debilitating illnesses such as brain injuries related to carbon monoxide poisoning, according to a new York Times report: Deadly Convenience: Keyless Cars and Their Carbon Monoxide Toll.

Keyless ignitions are very popular. Citing the auto information website Edmunds, the NYT says keyless systems are now standard in over half of the 17 million new vehicles sold annually in the United States. But because the cars are so easy to turn on and off with the flick of a button, it can be all too easy to become distracted and not turn the car off – or to think it has been turned off when it hasn’t. Consumer Reports describes the problem : “If the car is parked in a closed garage attached to a house, especially a basement-level garage, carbon monoxide fumes from the idling engine may seep into the living area, possibly harming anyone in the house.”

The problem can be even worse with silent hybrids:

“A subset of keyless-ignition cars, hybrids and plug-in hybrids, pose an even stealthier problem, because they are virtually silent when in electric mode, which they may well be when sitting still after parking. A driver doesn’t have to be absent-minded to assume that the car is shut down—after all, the engine isn’t running. But the car may not be truly off. The engine could restart itself, say to address a climate control need, potentially sending carbon monoxide into the residence.”

The risk was identified early by safety advocates. From the NYT article:

“The risk identified initially was theft, because drivers might leave the key fob in the vehicle by accident. (In conventional ignitions, under regulations adopted in the 1990s, the key cannot be removed unless the car is in park.) The National Highway Traffic Safety Administration’s general counsel warned automakers in 2002 that keyless ignitions would be prone to mishaps arising from human error. In 2006, the agency updated its regulations to state that with keyless ignitions, “a warning must be sufficient to catch a driver’s attention before he or she exits the vehicle without the keys.”

Many safety advocates such as Consumer Reports and the National Highway Traffic Safety Administration (NHTSA) are asking automakers to add safety features to prevent this, such as an audible alert or an automatic shutoff when a driver leaves the car. Some cars have safety features but most don’t – ” … a survey of 17 car companies by The New York Times found that while some automakers go beyond the features recommended by the standards group, others fall short.”

For now in many keyless cars, the burden of safety falls directly on the driver. Here are a few tips: